ClassicZoo is a fork of ZZT by Adrian “asie” Siekierka, started in late 2020 and initially released in March 2021. Its goal is to improve the ZZT experience while sticking close to the original engine's feel and keeping full compatibility.

If you'd like to learn more about ZZT, the Museum of ZZT is a good place to start. They also have a welcoming Discord server!

The complete list of features is provided in the changelog, which is bundled with ClassicZoo. 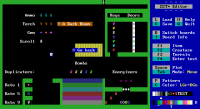 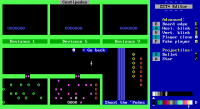 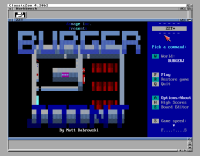 In most cases, you want the build in bold for your platform.

If you're looking for game worlds, try the Museum of ZZT! Here are some recommendations:

Released on the 31st of December, 2021. Older build with slightly lower memory requirements.

Released on the 31st of December, 2021. Older build with slightly lower memory requirements.

… If you're running (a reasonably recent version of) Windows/Linux, you can run ClassicZoo.

Most help is provided in-game, available by pressing “H”.

The list of bugs fixed in ClassicZoo is deliberately weighed to focus on ones which lead to hangs and/or softlocks - this way, compatibility with existing ZZT 3.2 worlds can be maximized. Of course, proof of concept worlds which rely on arbitrary code execution exploits (like PortalZ or Hack the Matrix) will not work correctly.

For the following lists, [SDL2] mean a fix specific to Windows/Linux ports, while [DC] means a fix for which a warning will be emitted when a world tries to rely on it if “ZZT 3.2 compatibility” debugging is enabled in the options menu.

In Strict mode, the following engine-related bugs are fixed:

In Normal mode, the following additional bugs are fixed: